Argo Node Resource Manager (NRM) is a daemon running on the compute nodes. It centralizes node management activities such as:

Our slices can currently manage the following:

The NRM daemon maps slices to the node’s hardware topology, arbitrating resources between applications and runtime services. Resources can be dynamically reconfigured at run time; interfaces are provided for use from applications and from global services.

Argo slices are meant to be transparent to applications; in particular, they have been tested to work with MPI codes. They do not impede communication between application components, since they do not utilize namespaces; they are also compatible with (and complementary to) container runtimes such as Docker, Singularity, or Shifter. 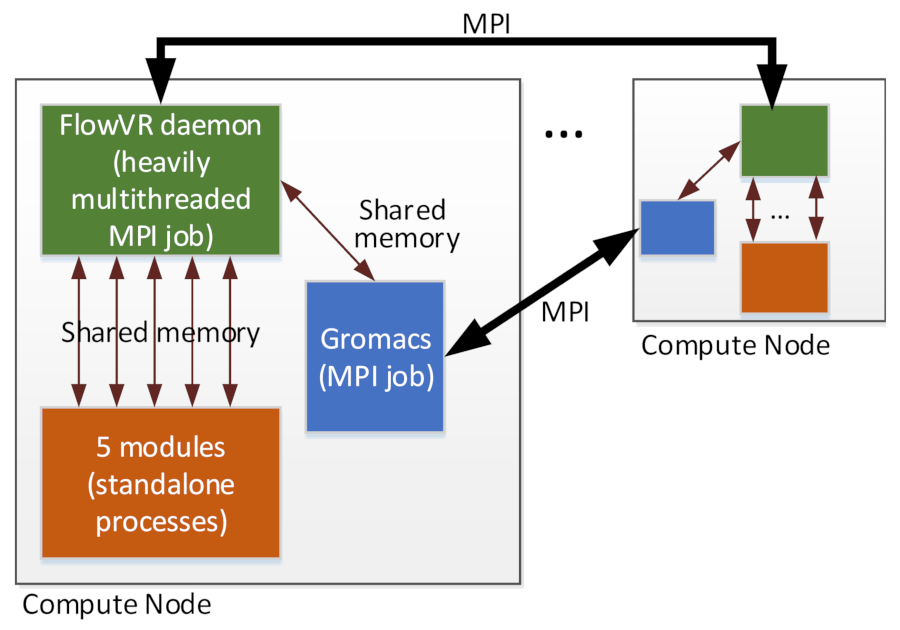 Partitioning node resources can be particularly important for complex workloads consisting of multiple heterogeneous components, for example, coupled codes, simulations running in parallel with in situ analytics, and workflows. If a compute node is shared among multiple workload components (a likely scenario considering the reduced cost of data transfers), these components—if allowed to freely share node resources—could interfere with one another, resulting in suboptimal performance. The figure depicts a complex application workflow we used during an early development of Argo slices. 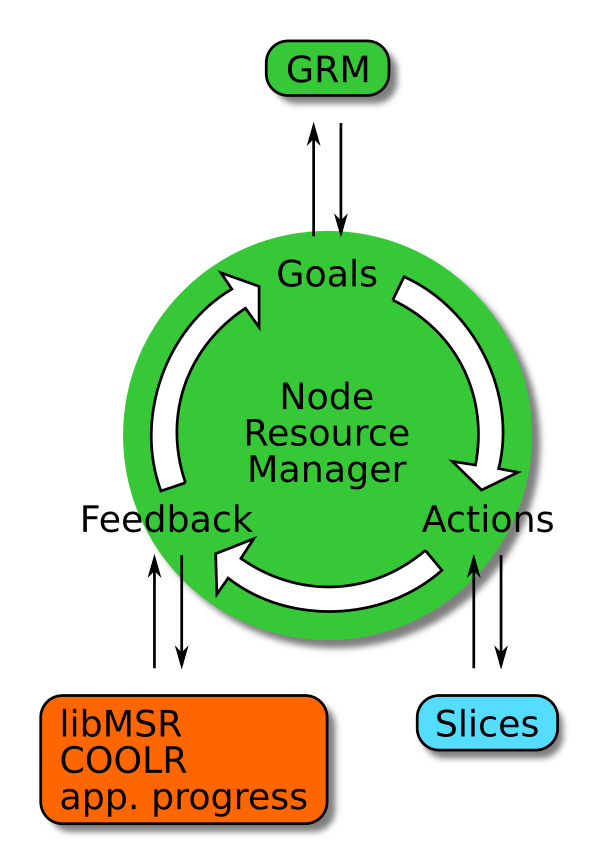 The NRM daemon also manages power at the node level. As depicted in the figure, it works in a closed control loop, obtaining goals (power limit) from the GRM, acting on application workloads launched within slices by, for example, adjusting the CPU p-states or changing the power cap via the Intel RAPL mechanism, and getting feedback through the monitoring of hardware sensors measuring, for example, power draw, temperature, fan speed, and frequency.

Critical to the success of this approach is the self-reporting by applications. We provide a simple API that application processes can use to periodically update the NRM on their progress. This gives NRM reliable feedback on the efficacy of its power policies, and it can also be used for a more robust identification of the critical path, rather than relying on heuristics based on performance counters. 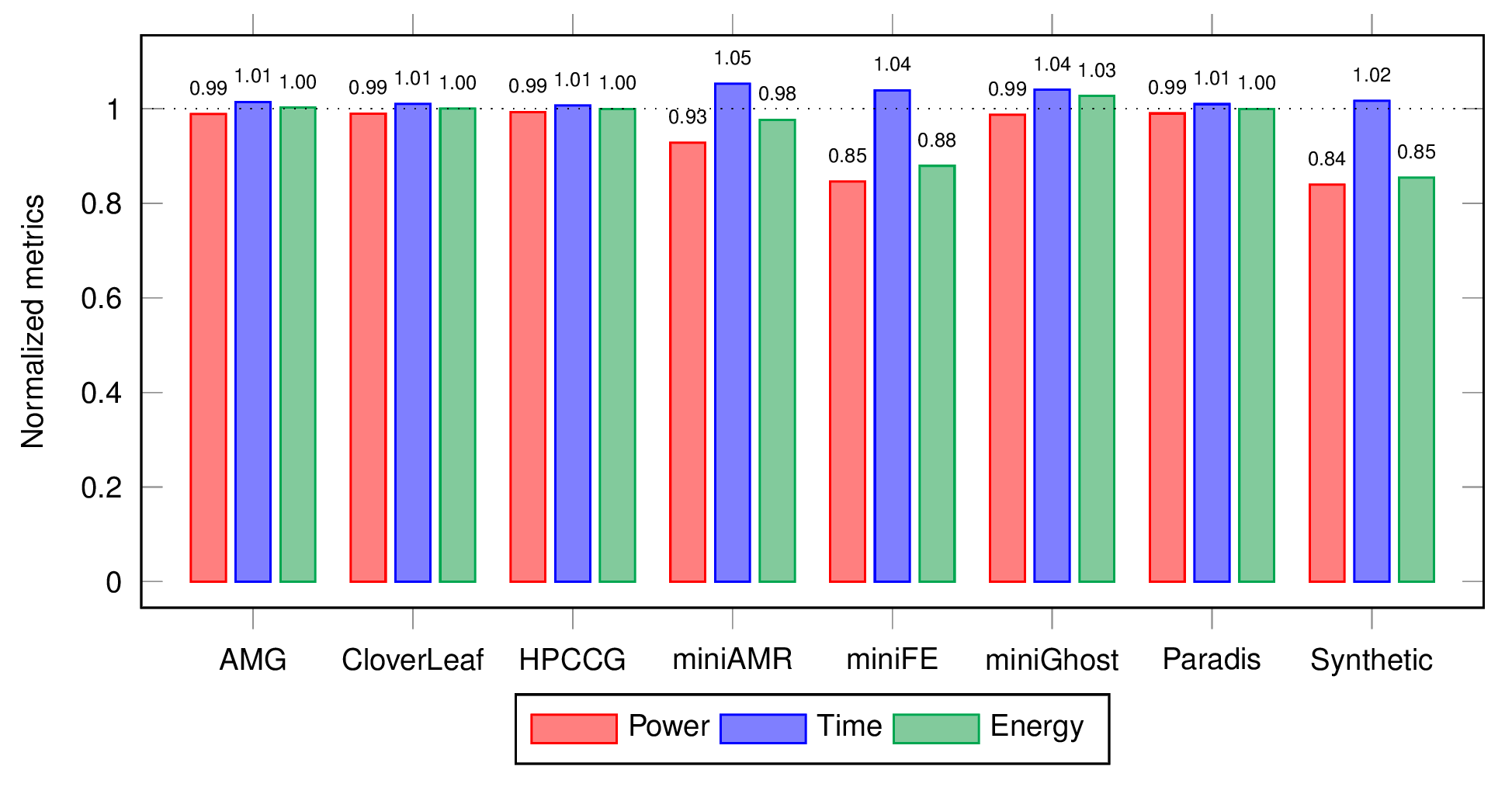 The final figure shows the results from early experiments with a bulk-synchronous parallel application-aware power policy on a number of benchmarks and applications. NRM identifies the critical path across application phases to dynamically adapt power, showing an energy reduction of up to 15%.

More information on NRM can be found in its documentation on Read the Docs. For a complete list of NRM-related resources, check the For Developers page.