Global management of power in Argo is handled by the Global Resource Manager (GRM). As part of this effort we added dynamic power awareness to the popular batch scheduler SLURM, as shown in the first figure. Our collaborators from the University of Tokyo tested it on 960 nodes of the HA8K system, analyzing idle power and throughput. The results in the second figure show the benefits of hardware overprovisioning at scale as well as sensitivity to the degree of overprovisioning. 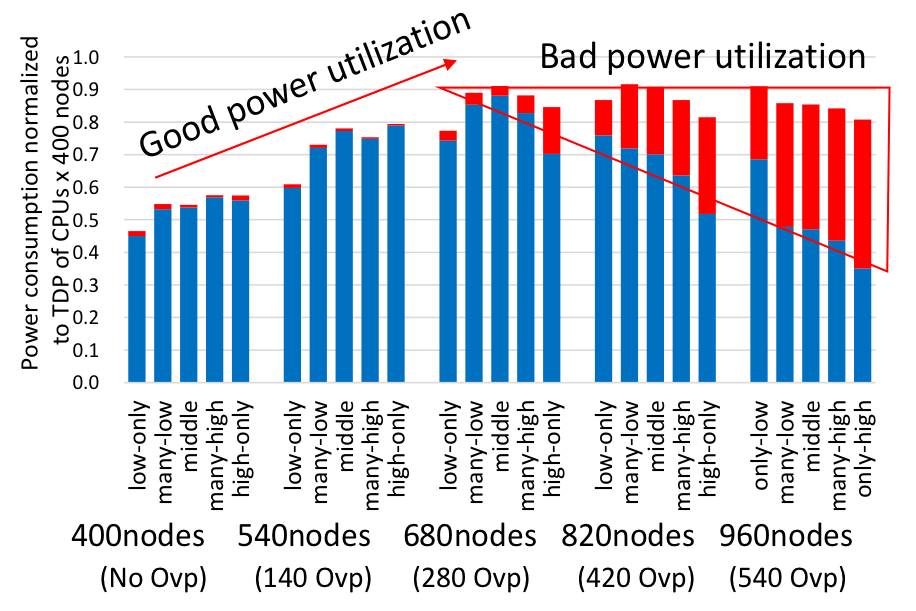 We also extended the Flux scheduler with power awareness addressing static manufacturing variation; in an experiment on a 1,200-node system at LLNL this resulted in a 2.3x reduction in rank-to-rank performance variation under a power cap.

Recently, PowerStack has emerged as a new community-wide effort for power management in HPC systems. We—together with our partners from industry, academia, and other research labs across the United States, Europe, and Asia—are the founding members of this initiative. PowerStack is expected to leverage some of the tools we have developed; parts of the Argo power management infrastructure will also serve as first prototypes.

For a complete list of GRM-related resources, check the For Developers page.